Shopping Cart
Your Cart is Empty
Quantity:
Subtotal
Taxes
Shipping
Total
There was an error with PayPalClick here to try again

Thank you for your business!You should be receiving an order confirmation from Paypal shortly.Exit Shopping Cart

An Umbilical Chord to Tanzania

Charles Gray has the will and moral impetus to promote Tanzania’s interests in accordance with the values upon which the country was founded. Just as prevailing is his rich history with its founder, the late President H.E. Julius K. Nyerere, and past president, H.E. Jakaya Kikwete.

His relationship with Tanzania began in 1974, when he was searching for a culturally relevant teaching modality to educate his young children. He came across a book by Mwalimu Nyerere, " Education For Self Reliance", and was intrigued by Nyerere’s philosophy that " Whosoever controls the mind of our children, controls our future," and "We the people of Tanganyika would like to light a candle and put it on top of Mount Kilimanjaro, which would shine beyond our borders, giving love where there was hate, hope where there was despair and dignity where once existed humiliation."

He co-founded the Nyerere Education Institute in 1974 in New Brunswick NJ, USA, grades pre-K through 12, which he administered until 1995, educating over 3,000 youth. (refer to one of many news articles: Tribute to a Visionary, Home News Tribune 12/23/01) It wasn’t until 1981 that he met President Nyerere and other dignitaries, including Jakaya Kikwete, and Daudi Mwakawago - then the CEO of Chama Cha Mapinduzi. and later Tanzanian ambassador to the UN.

Charles Gray continued to be President Nyerere's guest, participating in milestone events such as the torch celebration on top of Mt. Kilimanjaro – Mwenge Uhuru (Torch of Freedom), and the South Centre alliance, until President Nyerere’s death in 1999 (funeral which Gray attended, sitting among heads of states).

Photos: Charles Gray with H.E. President Nyerere circa 1981; Charles Gray with the late Tanzanian Ambassador to the UN, Daudi Mwakawago, pictured in a newspaper article receiving a Makonde carving souvenir in Tanzania in 1981 (Mwakawago was then the CEO of Chama Cha Mapinduzo) and again at the Ambassador's USA office, circa 2005. 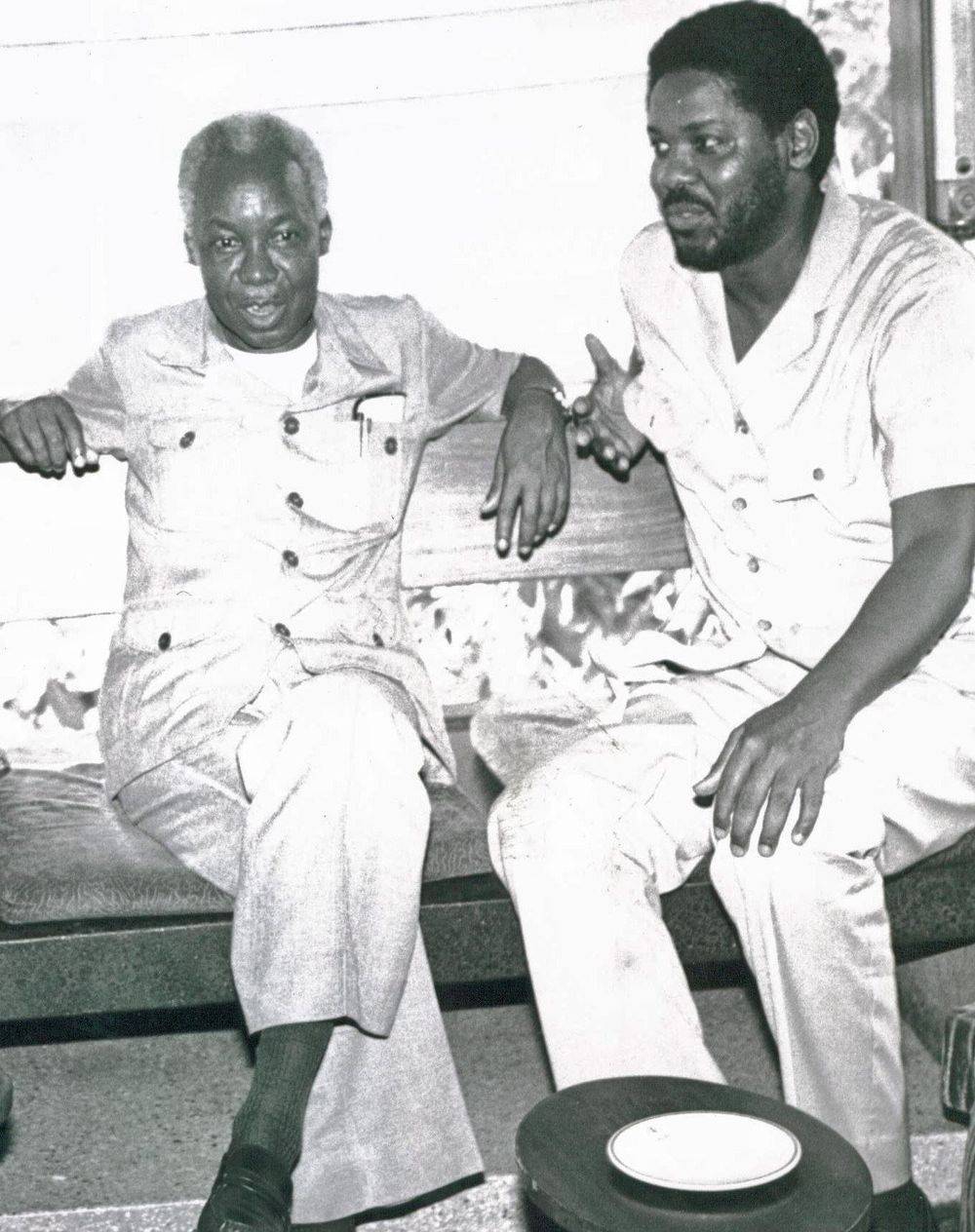 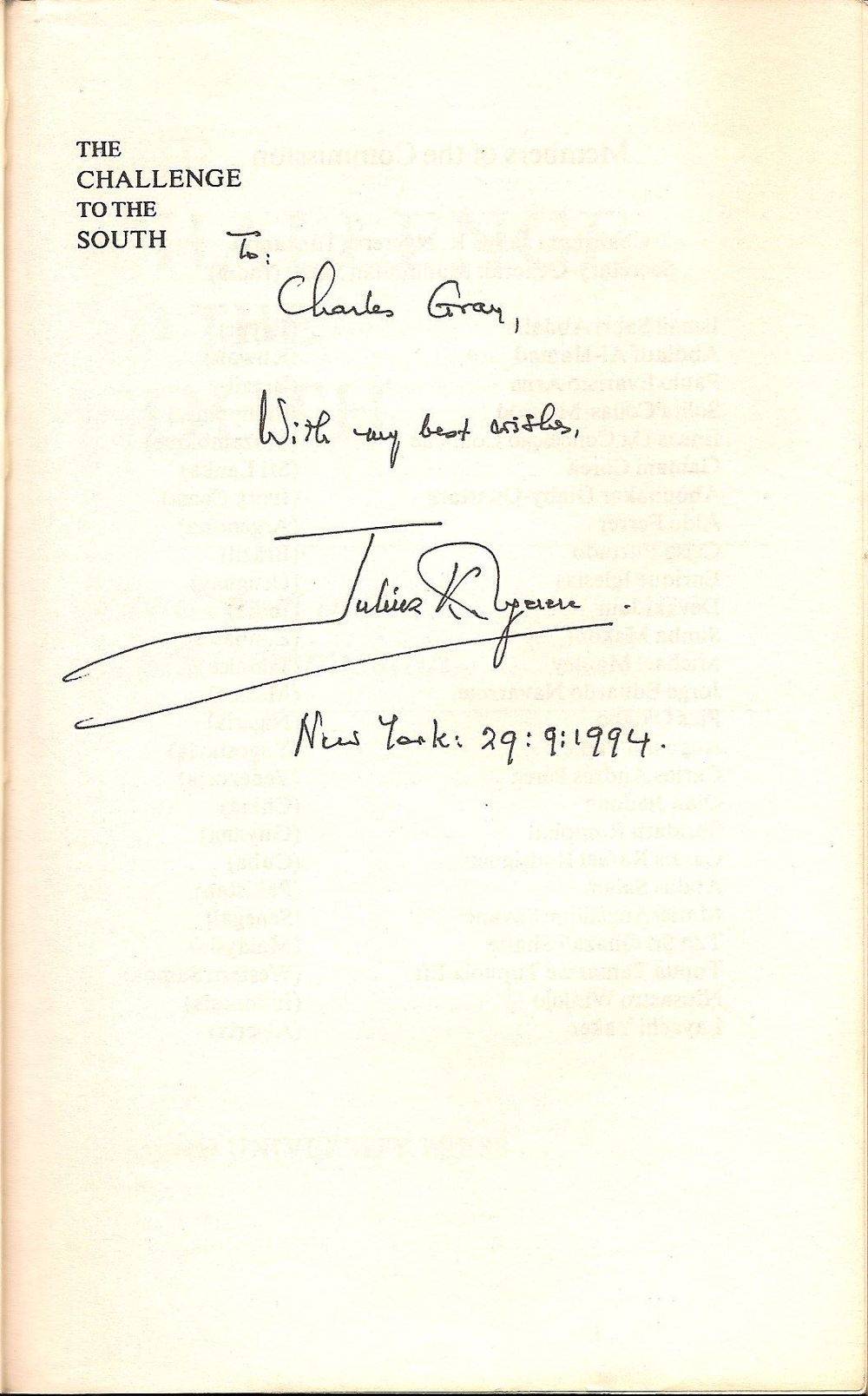 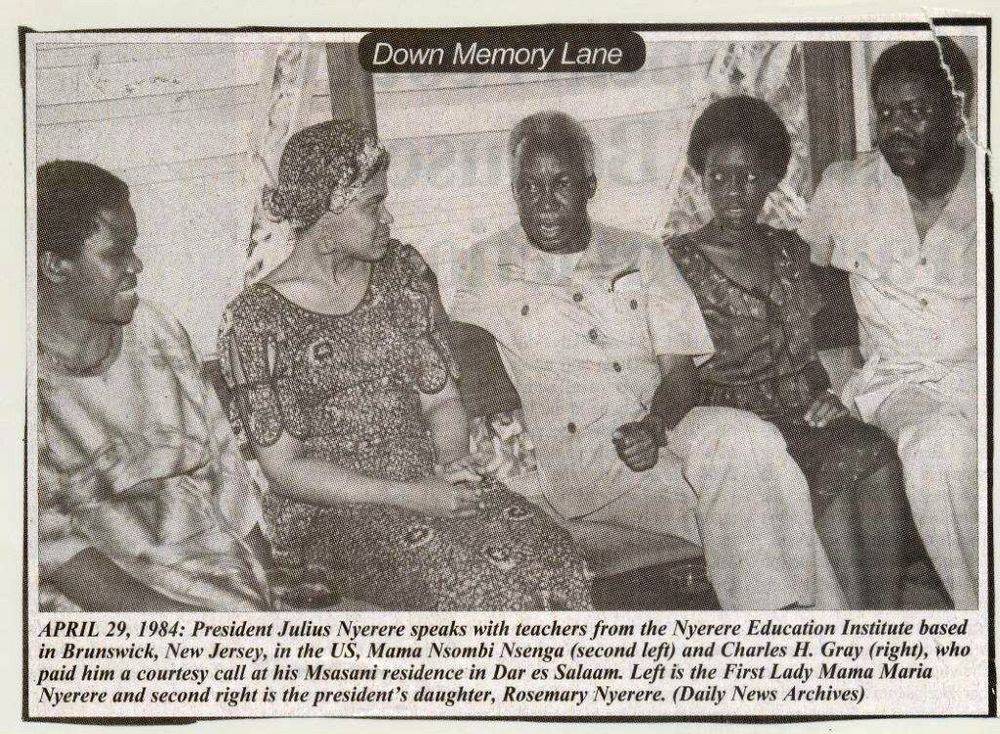 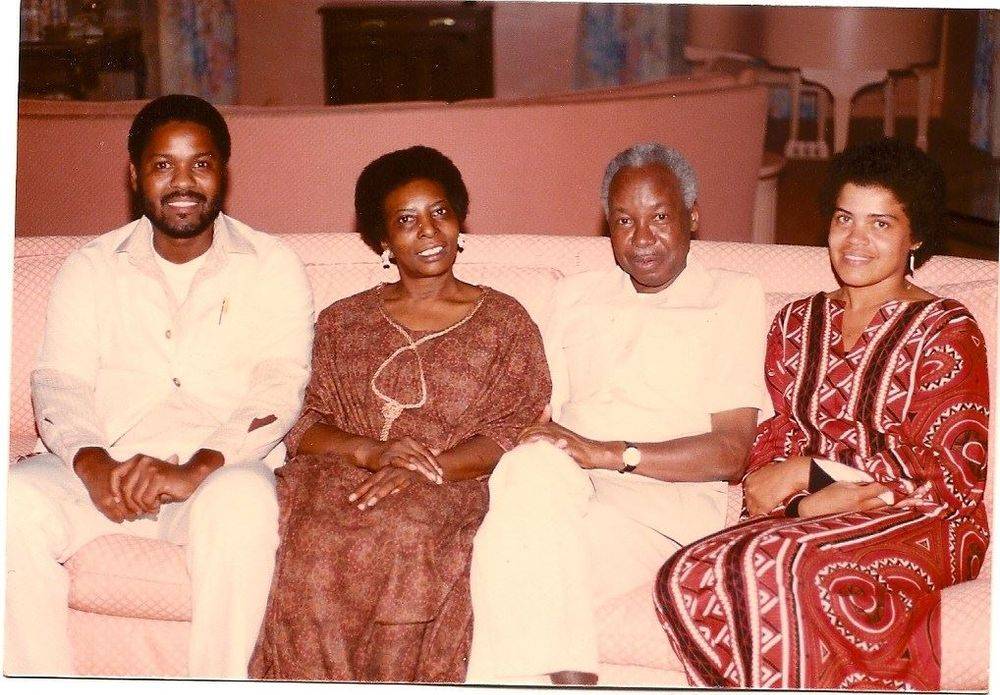 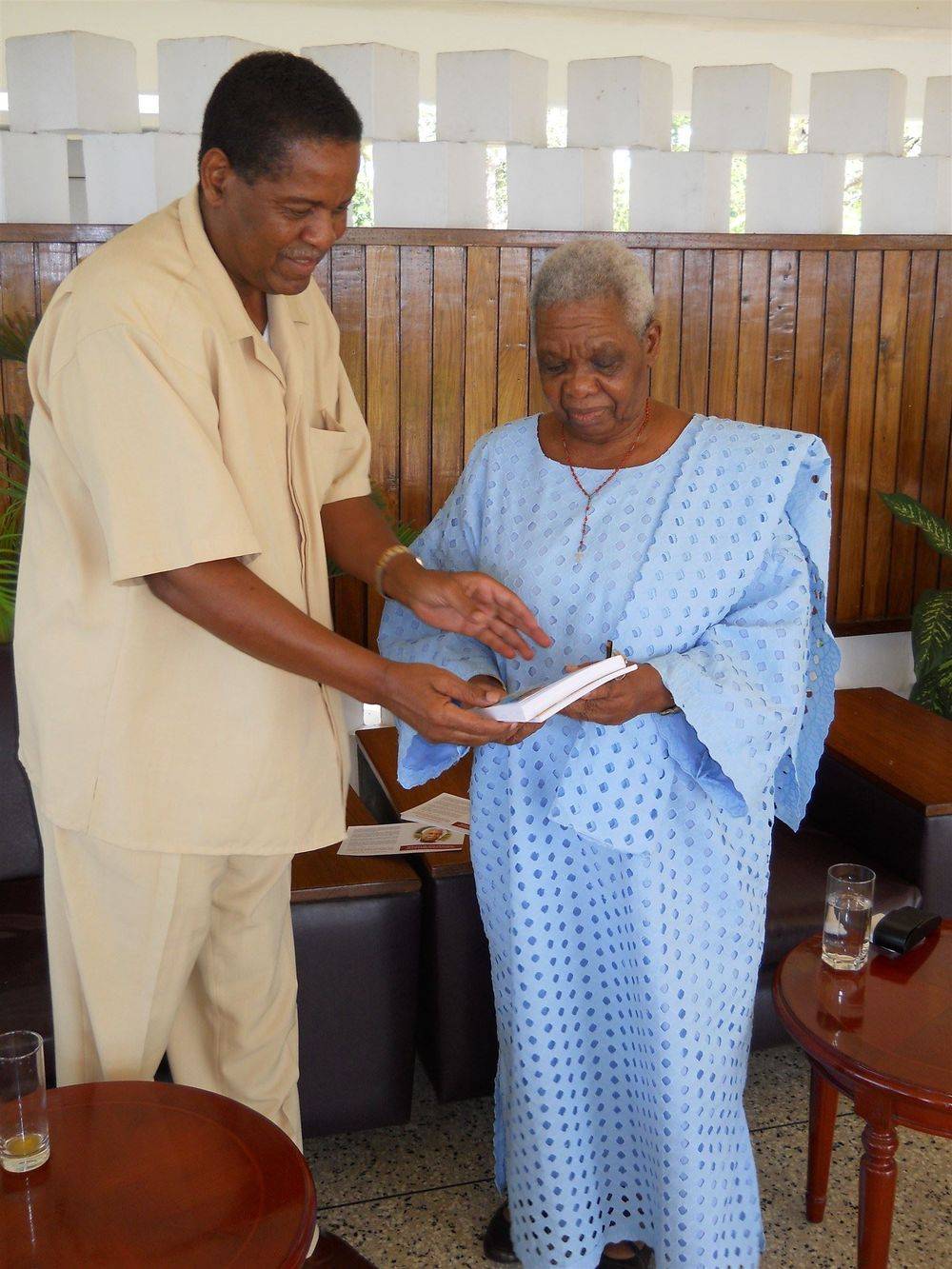 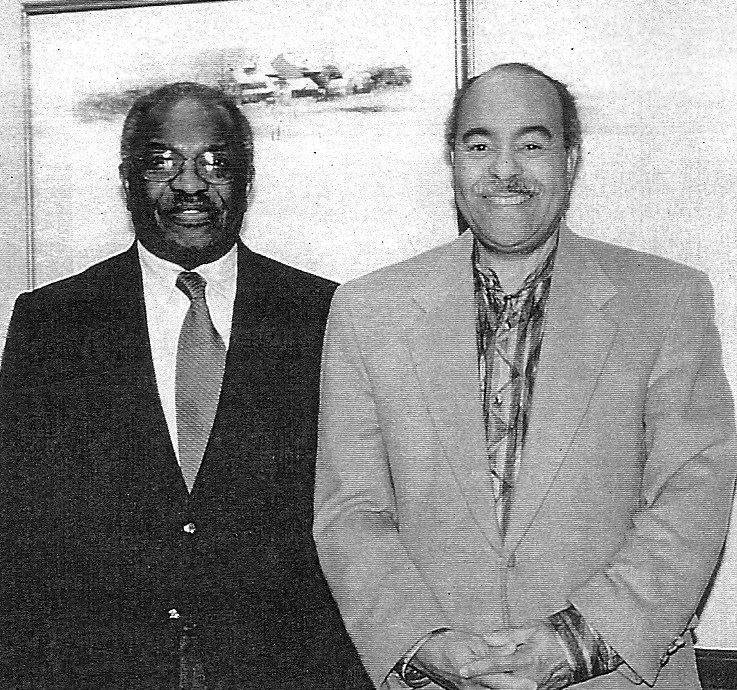 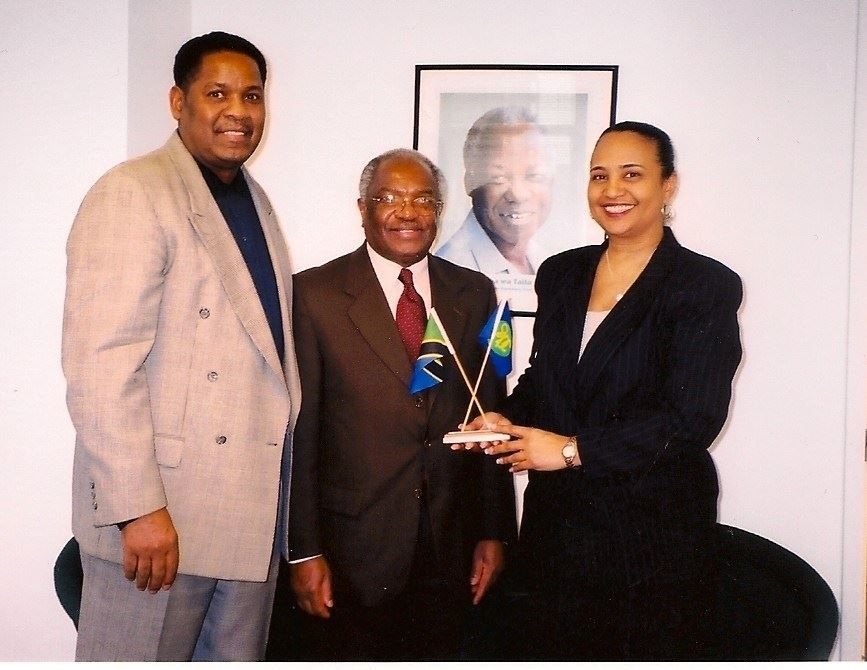 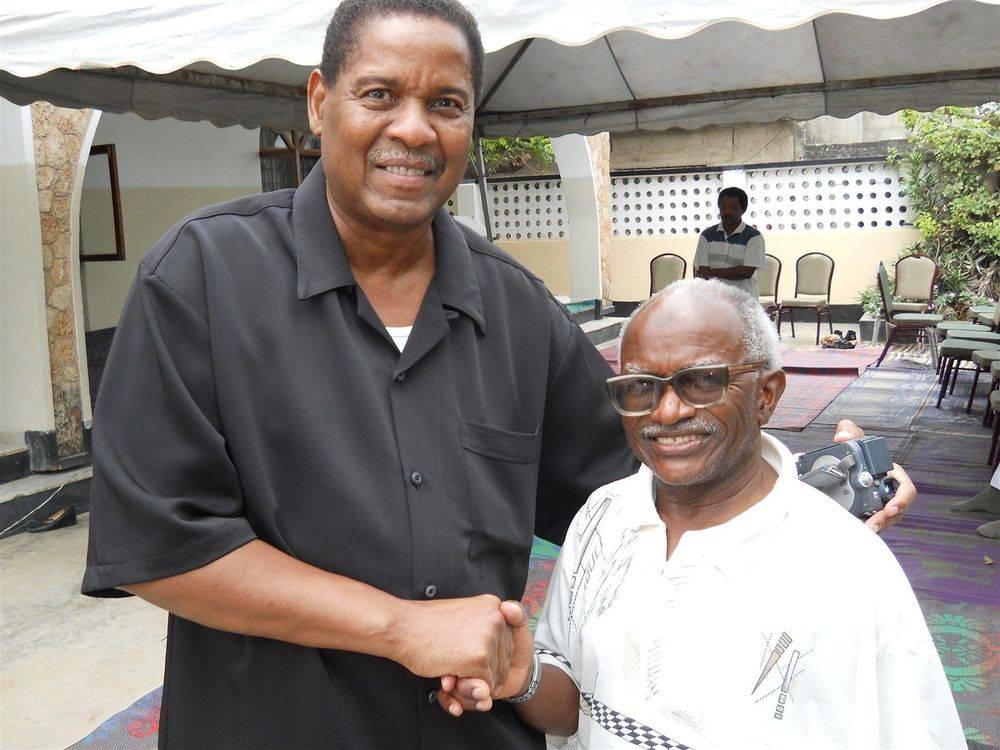 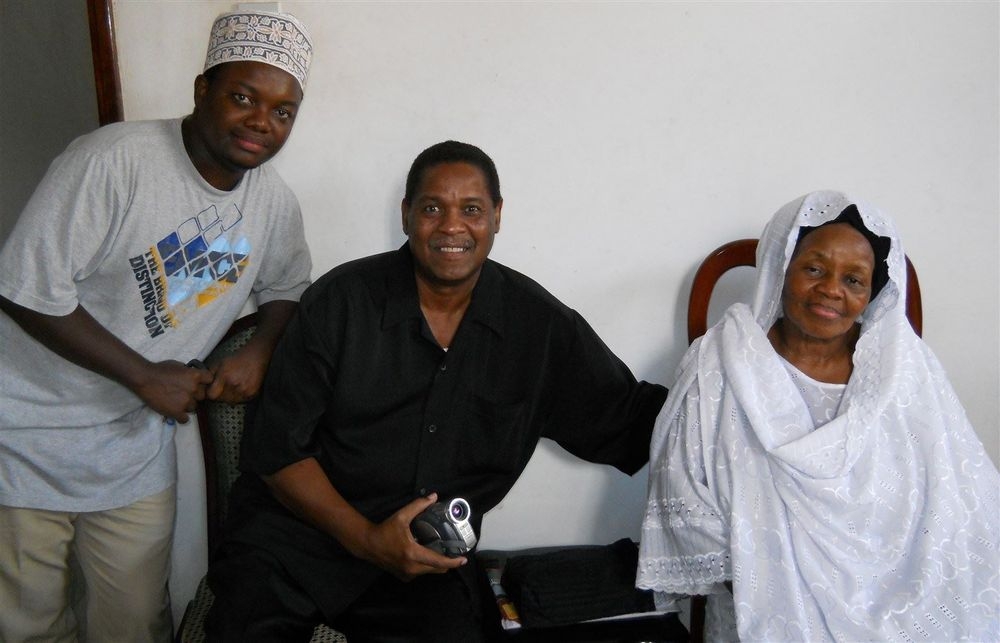